It can be said that earthquake is the most feared natural disaster. After all, it can strike anytime, anywhere. Recently, there was a 6.4 magnitude earthquake in Japan that occurred half an hour before midnight. Even for a nation known for its emergency preparedness, people in the Asian country were still caught surprised by the tremor especially since many of them were already sleeping when it happened.

And we’ve seen how earthquakes can literally crush businesses in a few seconds. In 2014, a 6.0 magnitude tremor shook Napa Valley in California. It left a significant damage on the winemaking sector in the region.

Can you imagine how much damage an earthquake can do to your business, or the company that you are part of? In a few seconds or so, everything can potentially be crushed to bits. More alarmingly, there’s always the possibility that one worker will get killed because of an earthquake. 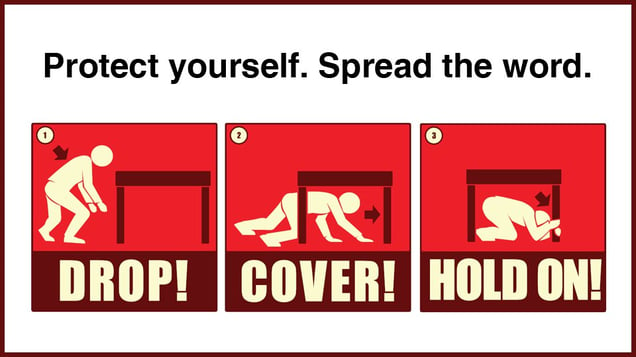 This underlines the need for earthquake preparedness in the office. Here are some tips to keep in mind to prevent the loss of lives and minimize business disruption during a tremor:

1. Have an emergency response plan. Every firm, big or small, should have an emergency response plan. This plan includes things like protocol on what to do during and after an earthquake. It also details emergency alert systems that can inform employees where to safely go to following an earthquake. And it lays out plans on what employees will do and where they will meet if the building or factory they work in is seriously damaged.

2. Meet regularly to go over the basics. While you may have emergency alert systems and emergency response plans in place, there is a tendency for employees to forget these things when an earthquake strikes. Panic, after all, sets in that they will likely scream and run to the nearest exit which isn’t always the most ideal thing to do because they could end up being killed or hurt by falling debris.

Thus it is important to conduct regular earthquake drills to ensure that employees will be prepared for an earthquake. During this type of activity, employees are expected to do the basic drop, cover, and hold. Emergency alert systems will also be tested to determine how these work during an earthquake. And emergency preparedness-trained employees will practice how to rescue their colleagues who may have been trapped in damaged areas of the building.

During earthquake drills, employees will also be trained to move away from dangerous places in the office during a tremor. These include areas near windows, walls, furniture and bookcases or cabinets that could fall.

3. Prepare a survival kit. If a strong earthquake happens, there is always the potential that you could be trapped in the office. It is thus recommended to have a basic natural disaster survival kit that contains essential supplies during an emergency that you can turn to after an earthquake.

According to the American Red Cross, a survival kit should contain at least a gallon of water per person. It must also have non-perishable and easy to prepare food items, flashlight, first aid kit, multi-purpose tool, sanitation and personal hygiene items, and extra cell phone with chargers.

4. Secure important documents. Copies of essential documents and records should be kept in a fireproof and waterproof container. We’re talking here of insurance policies, bank account statements, supplier contacts, employee information, among others. Better yet, copies of these documents should be stored in the cloud.

These are just some of the emergency preparedness tips that you must keep in mind. While having emergency alert systems in the workplace can help a business secure its employees following an earthquake, nothing beats having staffers who know what to do during a tremor.