How Email Overload Affects and Challenges Your Business

If you ever feel as though you are drowning in emails, you’re not alone. The battle to tame the inbox is one of the most frustrating aspects of life in the 21st century office. This major source of workplace angst and frustration is also an essential business tool, so even if we’d like to, we can’t just get rid of it. 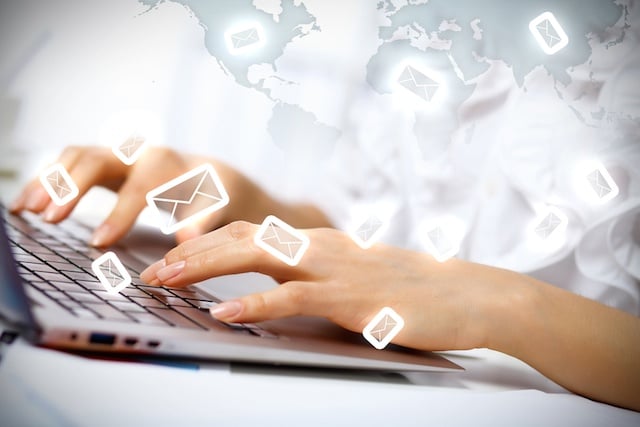 It’s no wonder we’re all feeling swamped. The average number of emails an office worker receives each day is 121. It’s estimated that workers spend around 28 per cent of their working week managing emails. This adds up to around 650 hours a year.

A study from the University of California found office workers are interrupted almost every three minutes and, once interrupted, it can take them approximately 23 minutes to get back to the task they were doing.

These interruptions and distractions from a system that was designed to make corporate life easier by being more connected are quite counter-productive. Even though we are increasingly available around the clock, we’re getting less done.

Constant interruptions, causing a lack of focus, can lead to errors, forgotten steps, reworking and an overall lowered output.

Another problem with too many emails is that sometimes, staff just never get to them all. No sooner have they turned their attention to one when a dozen more have hit their inboxes. The volume of emails and the frequency at which they arrive mean that, quite often, they don’t get opened at all.

In fact, the open rate for email sent in North America is just 34.1 per cent. That means 65.9 per cent of emails aren’t even getting looked at. Important information is being missed, buried by inane, trivial and meaningless communication.

It’s not only productivity that takes a hit because of email overload. Another casualty of the email deluge is the sort of thinking time that employees need in order to plan, reflect or exercise creativity. All of this requires long stretches of uninterrupted time.

Research has also found that email overload increases stress levels. Researchers from the United States Army and the University of California studied the effects that email has on peoples’ heart rates and ability to focus. The researchers tracked participants with heart rate monitors and found that limiting access to email dramatically reduced stress levels.

Stress is a major problem for employers, as it causes negative outcomes.

And finally, there’s the all-important issue of work-life balance. When your company strives to be an employer of choice, one of the things that employees want to know about is whether you will be able to help them strike that balance between work and their personal lives.

Being connected 24/7 means that for many employees, it can seem like they never get away from the office – checking emails on their laptops, tablets and phones in the evening and on weekend. Some 50 per cent of people admit to checking work emails in bed!

Solving the problem of email overload will have a positive impact on your business, on productivity, morale and performance.