How Mobile Alerts Can Save Lives During Emergencies

The Philippines is one of the most disaster-prone countries in the world. The United Nations Office for Disaster Risk Reduction (UNISDR) ranks the Southeast Asian nation as the fourth most disaster prone country, trailing only the United States, China, and India. According to the UNISDR, there were 274 disasters recorded in the Philippines from 1995 to 2015. 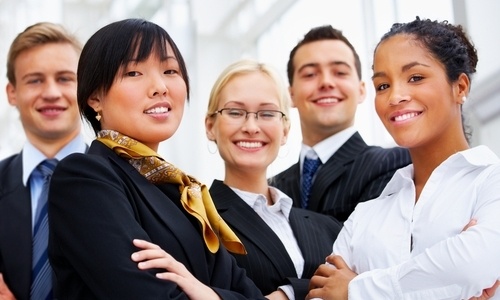 It doesn’t help that the Philippines is located right in the path where most tropical storms pass. On the average, around 30 tropical storms or typhoons visit the country every year. This regular occurrence has put the lives of many Filipinos at risk.

However, text message alerts have proven to be heaven-sent for Filipinos who live in coastal areas and are thus at the risk of being affected by strong typhoons.

In 2014, residents of a remote village in the island of Samar were able to evacuate immediately before a strong typhoon hit their area. In a report by online news organization Rappler, village chief Ramil Ramirez shared how they were able to alert their townmates about the coming storm, and eventually, saved them from catastrophe. Ramirez received text messages from the town mayor before typhoon Ruby hit their area.

The experience of Ramirez and his town mates illustrate how a mobile alert app can save lives during emergencies.

Text messaging has inherent advantages as a communication tool that makes it an appropriate vehicle during emergency situations:

Text messages are easier to relay than sending an email or placing a phone call. Mobile alert app that has pre-set messages can even make sending of alerts faster, eliminating the need to compose a message during a crisis. This inherent characteristic of text messaging makes it more appropriate during distressing situations like storms, earthquake, and even terrorist attacks.

2. Can be sent to the hearing impaired

Sending a message through a mobile alert app would also alert the deaf and hearing impaired.

3. Text messages can be sent to multiple parties

Another reason why messages relayed through a mobile alert app can help save lives during an emergency is that these messages can be sent to multiple recipients. SMS alerts allow a single party like the disaster coordinator of a town to communicate to a large number of people simultaneously. SMS can be sent to as many people all at once. Thus, the more individuals alerted and instructed to evacuate a certain place, the more lives that can be saved from natural and even man-made disasters.

4. Text messages can be received even by people who are in remote areas

Text messages can be received and read by people who own mobile phones. Going back to the case of Ramirez and his town mates, they were able to learn of the coming storm even if they had no television, radio, or computer because some of them had cellular phones. The town of Ramirez is one of the most remote and underprivileged in the island, but the state of the town’s economy didn’t prevent people from owning mobile phones.

It should be noted that mobile phones are more common than other traditional media like television, radio, and computer. In 2014, it was reported that there were more mobile phones on the world than people. Analysts at GSMA Intelligence were quoted as saying that there were around 7.2 billion mobile devices in the world, or more than the 7.19 billion people on the planet.

These inherent traits of mobile alerts showcase why SMS remains one of the best ways to communicate during emergencies, as exemplified by the experience of Ramirez and his people.