Pros and Cons of Text and Email Alert Systems

The names Neil Papworth and Raymond Samuel Tomlinson may not be as distinguished as Alexander Graham Bell, but they have their own place in history like the inventor of the telephone.

Today, both SMS and email have become important communication tools, similar to what the telephone was in the 20th century. In the corporate world, the email is arguably the most widely used communication tool while SMS is not far behind, particularly in reaching out to field-based workers. 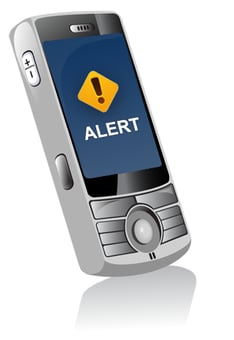 Email and text messaging, too, are being used by companies to relay time-sensitive information such as weather alerts, traffic advisories, and changes in schedules. Email alert system has its advantages and disadvantages in the same way that SMS alert has its pros and cons.

Email is more suited for employees who are office-based. Employees who are in front of the computer most of the time will be able to read an urgent email message. After all, a recent study commissioned by Adobe Systems showed that a typical office worker spends 6.3 hours a day checking emails.

And checking email inboxes is something that most American adults do even when they are out of the office. The same study showed that 80 percent of respondents admitted checking their email before going to the office, 50 percent monitoring their inboxes during vacations, and 30 percent doing so while in bed in the morning.

The rate is higher in Millennials, where more than a quarter check their emails while driving.

While the number of people who regularly check their email inboxes is going up, it cannot be denied that email alert system has its limitations. For instance, it would be impossible to check one’s email if the person is in a rural area where Internet connection is slow or weak.

Moreover, not all employees own a smartphone. The older flip phone remains popular among older generations. It’s cheap, easy to use, and the battery doesn’t drain quickly unlike smartphones which are notorious for their short battery life.

For those who use a flip phone, the only way to receive time-sensitive information is through text messages. Email alert system will not be of use to them.

Outside of the corporate world, text alert systems have been used by governments in issue important alerts to the public such as weather alerts. After all, text messages can be received by just about anyone who has a mobile phone whether it is a smartphone or a flip phone.

Text messages can also be sent to multiple recipients at the same time. Moreover, text alert systems can be customized so that it can only target a certain segment of the public. For example, a text alert regarding a weather disturbance in New York will only be sent to mobile subscribers in the area.

One is that it can be hard to authenticate an alert message. Anyone can just send an alert, thus there’s always the possibility that recipients will have doubts on the veracity of the information. Also, there’s no way for companies to determine if the message they have sent through SMS has been received by their employees.

Given the pros and cons of both email alert system and text alerts, companies would be wise to invest in a communication platform that can integrate both email, text, and other communication channels in delivering time-sensitive information to their employees.