The Pros and Cons of SMS as An Alert Notification System

Disasters can strike anytime, anywhere. Earthquakes can occur even in the wee hours, while storms and hurricanes can cause widespread damage. During emergency situations, people usually rely on their mobile phones to reach out to their loved ones and make sure that they’re safe.

Sending a text message is usually more practical than making a phone call during crisis. There are two reasons why. One, network congestion usually follows after an emergency, which makes it impossible for a call to get through. Second, sending a text message can help save a phone’s battery life which is critical during emergencies. 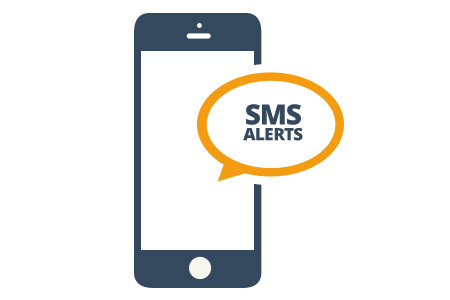 Because of these two inherent advantages of SMS over phone calls, text messaging is usually perceived as the best alert notification system. However, SMS has its weaknesses as a communication tool during a crisis.

There’s no denying that SMS can deliver a message fast. In the business world, SMS is often utilized to deliver time-sensitive information to employees and customers. Text messages promoting a brand as well as its products and services are often received by unsuspecting customers.

As an alert notification system tool, SMS can also deliver messages in an instant. What’s great about text messaging is that it is often read three minutes after the message reaches the inbox. Thus, the recipient will be able to take action, like a field-based employee finding shelter after receiving a text message about an incoming storm.

Moreover, there is no need for a smartphone to be connected to the Internet to be able to receive text messages. Unlike push notification app, text messaging works even for phones that are not connected to the Web. Plus, older mobile phone units will still be able to receive alerts through text. These characteristics make SMS a good alert notification system channel.

As an alert notification system channel, SMS has been proven effective during numerous crises. Most recently, students of Washington University received a text message alerting that a person with a weapon was spotted on the school’s north campus. Students were instructed to head to places where they can be safe until further notification from the authorities.

Japan, a country that is so used to natural disasters like earthquakes, tsunamis, and typhoons, has also been using SMS to alert its citizens during crises. The system has been in place since 2007. Evacuation instructions from the local government and alerts from the central government for emergencies like flooding and nuclear alerts are sent through text messages.

During emergencies in a particular area, transmitting an immense volume of SMS alerts can congest a cell tower covering the said location. This can lead to congestion problems which can prevent vital information from being transmitted.

Moreover, it is difficult to target users by location by SMS and third, there can be difficulties on the part of the recipient to authenticate a text message.

To make up for these shortcomings, several organizations have tapped other communication tools and used it alongside text messaging during emergencies. Twitter, for instance, has a service called Twitter Alerts which provides important information from organizations during emergencies. Notifications are usually sent through SMS so that recipients without a Twitter account can still receive the alerts.

However, those who have Twitter on their smartphones can also receive notifications directly to their phones.