DeskAlerts: the Best Way to Improve Your HR Communications

In today’s workplace, Human Resources (HR) departments increasingly have a role to play in the engagement of employees, development of leaders, establishment of a culture of change, as well providing information about important organizational objectives. 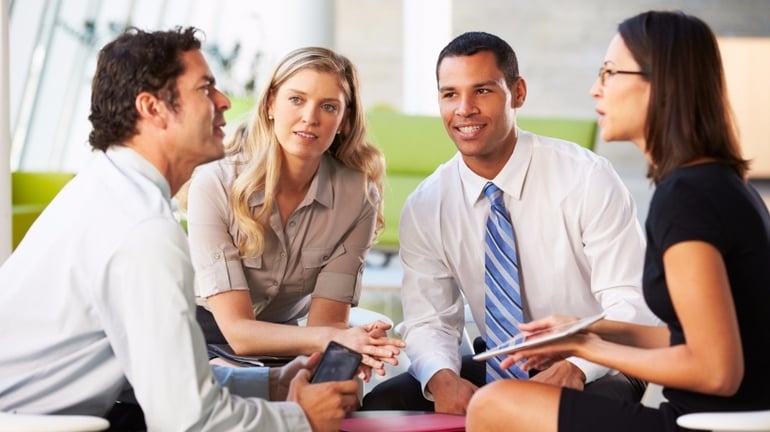 Organizations that have good internal communications systems often have more productive and happier, engaged staff as well as a lower turnover of employees. They have been shown to attract and retain the best people, giving them an advantage over their competition, as well as less costs associated with recruitment.

There are many tools available for HR departments to utilize to communicate with employees. From emails to intranets, to notice boards – but one of the best ways to get important HR information out there to every single member of staff in a way that can’t be ignored is by using DeskAlerts.

Our client, the Peterborough & Stamford Hospitals in the United Kingdom, has been successfully using DeskAlerts to manage employee communications since 2010. Initially, the hospitals adopted the DeskAlerts system when they were moving from three old outdated buildings to a state-of-the-art new building. During the moving process, it was important to have an effective way to communicate any issues as they arose because they only had email at the time. Instant messaging with DeskAlerts enabled them to manage the safe transfer of 600 patients and approximately 3,500 staff to the new location. Leading up to the hospital move, DeskAlerts was deployed to every PC and initially used to notify staff about system outages. During the move it was used to communicate when certain systems were being moved as well as any organization-specific issues the move generated.

DeskAlerts is still being used by the organization today as the main communications system for urgent messaging to all staff. This example shows what a powerful communication tool DeskAlerts can be in keeping employees “in the loop” without your messaging getting lost in among so many other emails, or buried away on an intranet system.

Human Resources departments using DeskAlerts find the system is not only more informative, but it is cost-effective and easy to administer. No end-user training is required, and the system can send alerts directly to your employees’ desktops. You can also send emails and SMS messages simultaneously. Specific audiences are able to be targeted for certain messages. DeskAlerts can be used, like the example given by the hospitals, to update on critical or important news about a developing situation. Many organizations use DeskAlerts to inform staff about emergency situations such as fires, severe weather events, active shooters and terrorism. It can also be used to send information about system outages, warn about viruses and other time-sensitive information, which is proven to reduce the load on IT helpdesks. It is also an important tool for education and training, and you can use it to drive employees to your company’s intranet site. You can measure the success of any DeskAlerts campaign, which is extremely important in determining whether engagement and trust between management and employees has been created.