Why SMS is the Best Alerting System During Emergencies

The Philippines, an archipelago of more than 100 million people, used to be called the “text messaging capital of the world.” There was a time when Filipinos used to send a cumulative one billion text messages a day. The text messaging fever may have died down no thanks to the rise of Internet-based messaging systems like WhatsApp and Facebook Messenger, but SMS remains a vital communication service for many people in the country.

In fact, SMS is considered as the best alerting system during emergencies in the country that gets more than its fair share of natural disasters like typhoons and earthquakes. 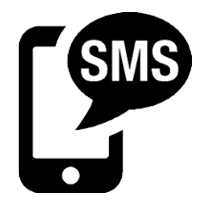 In 2014, after the catastrophe brought by super typhoon Haiyan (locally called Yolanda), the Philippine government passed a law that required telecommunication firms in the country to send free mobile alerts during natural and man-made disasters and calamities.

The law requires SMS alerts to consist of updated information from relevant agencies, and to be sent directly to mobile phone subscribers residing in and near the affected areas. The mobile alerts also include information such as evacuation procedures, relief sites, and pick up points, among others.

The use of SMS as an alerting system during crises in the country makes a lot of sense, given the following:

To say that Filipinos love mobile phones would be an understatement. In 2013, one survey showed that 9 out of 10 people in the capital region of Metro Manila own mobile phones.

Smartphone ownership is also a lot higher than its neighbors in the Southeast Asian region. In fact, the same survey also showed that 64 percent of residents in Metro Manila consider the mobile phone as their most important piece of technology.

Because of the high mobile phone penetration rate in the Philippines, SMS as an alerting system is very practical. Virtually anyone in the country can receive text alerts in case a storm is headed to their place. This facilitates faster evacuation, resulting to minimal loss of lives and damage to properties.

During an emergency like earthquake, terrorist attack or storms, networks of telecommunications companies usually get flooded. It will be hard for someone to contact a loved one via a phone call. On the other hand, it is easier to communicate by text messaging than via a voice call. In most cases, one only needs to text “I’m OK” to a friend or family member to assure the latter that he or she is safe

3. Anyone with a mobile phone can receive text messages.

As long as the recipient has a mobile phone, he or she can receive emergency alerts regardless of the location the recipient is in.

Take for instance, the story of a remote town in Samar province in the Philippines.

In a story on the online news site Rappler, Ramil Ramirez, the village chief of the remote town of Daram in Samar, narrated how he was able to convince his people to leave their homes before a typhoon hit their place. According to him, he received text messages from the town’s mayor informing him about the impending typhoon, and how it would cause five-meter high waves.

It should be noted that SMS as an alerting system is not only being tapped in the Philippines. Even its neighbor, Malaysia, relays flood warnings via SMS through automatic water-level sensors. And other economic powerhouses like the United States, United Kingdom, and Australia, among others, send emergency alerts through SMS.

Indeed, SMS is the best alerting system during emergencies because of the widespread ownership of mobile phones and its ease of use.