A Look at Different Alerting Systems Countries Use

Emergencies can happen anytime, anywhere. Thus it has become an imperative for governments to establish an alerting system that can promptly alert its citizens about a potential or current natural disaster such as storm, bushfires, floods, among others. The ideal alerting system is one that can send accurate information to the people in the affected areas in the shortest possible time, so that the residents can take precautionary measures like evacuation.

Countries however have different strategies when it comes to alerting system. An existing system in Malaysia warns residents about floods, one of the perennial natural disasters that strike the Southeast Asian nation. Meanwhile, a more comprehensive system is used in Australia where citizens are alerted about all types of emergencies. 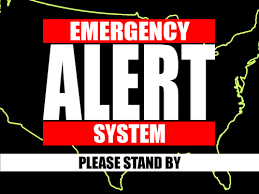 Flooding is almost a yearly occurrence in Malaysia, brought about by heavy rains during the monsoon season. From December 15, 2014 to January 3, 2015, floods affected the east coast and northern part of Peninsular Malaysia. Twenty one individuals were killed while more than 200,000 people were affected by the flood, described as one of the worst in recent years. Those numbers pale in comparison with the great flood of 1971, which took the lives of 61 people and displaced close to a million residents.

While flooding remains a problem in the country, authorities have devised an alerting system that would notify residents of an upcoming flood in their areas. This can also assist agencies in carrying out evacuation during floods.

New approaches in flood warning system in Malaysia were discussed during a presentation by Paridah Anun bt Tahir of the Department of Irrigation and Drainage in 2014. In the said presentation, it was stressed that damage to life and property brought about by natural disasters can be greatly reduced if people are well informed.

Today, real-time rainfall and water level data are sent to models allowing flood forecasting to be made as early as three days ahead so that early warnings can be issued. Alerts are then transmitted to residents through text messages, email, and voice calls.

In the Land Down Under, Emergency Alert Australia is deployed to alert citizens about a likely or actual emergency. The emergency communications scheme was set up by the government following the Black Saturday bushfires which claimed the lives of 171 individuals and injured more than 400 people.

The Emergency Alert is the country’s telephone warning system, and sends voice messages to landline telephones and SMS to mobile phones within an area specified to be affected by the emergency.

Alerts are sent to warn citizens of natural disasters like floods and heavy rainfall, bushfires, and landslides. The alerting system message will give recipients information about the current emergency, what to */In the landline telephone message, a verbal alert will inform citizens of the kind of threat, appropriate action, or website or telephone number where they can visit or contact for more information.

In the SMS message, an originating number sends out messages and cannot receive messages or called. Coincidentally this is the same number that will appear on the caller ID screen of a landline telephone.

The government coordinates the identification of the emergency and the type of response. It is then in charge of providing the message to mobile phone operators, who will be the one to transmit the emergency alerts to all subscribers within the area affected by the emergency.

Despite the differences in scope, one thing noticeable about the alerting system used by Australia and Malaysia is the fast transmission of messages. Alerts are sent through SMS, which speaks volumes of how effective the medium is in reaching out to as many people as possible in the shortest time.