Having effective internal communications systems in place is critical for any organization. It ensures that everyone is on the same page, important information is shared easily, helps to build a positive culture, increases productivity and profitability and boosts the morale of the workforce and levels of engagement. 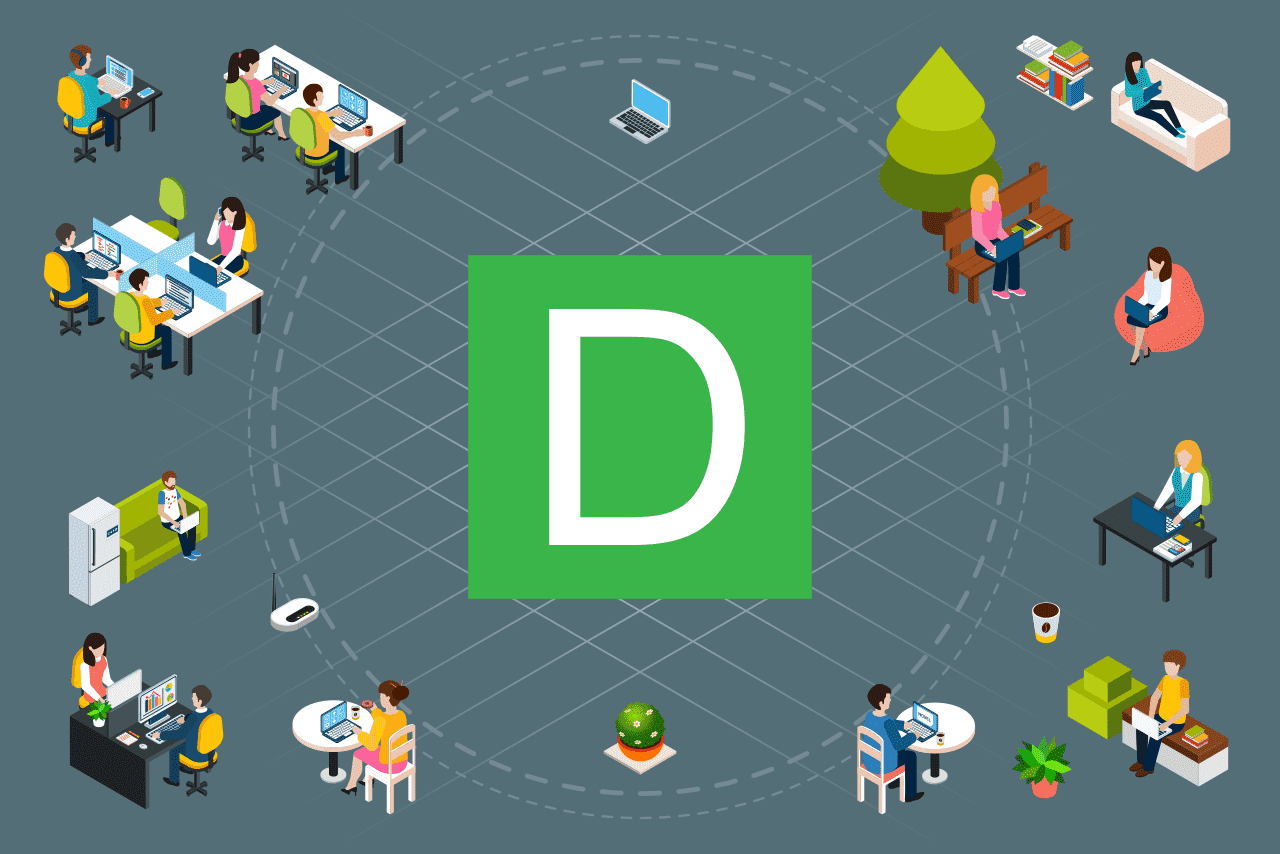 When you are part of a large organization, there are additional complexities in the mix. The more people you have to communicate with, the harder it can be to reach everyone. And then there’s other challenges like having staff spread across different geographic locations, even across multiple time-zones, countries and continents.

Sometimes when you’re in a large organization – with more than 500 employees – you may have times where you need to direct large numbers of staff to do something all at once. You can’t rely on everyone looking at their emails simultaneously or in a timely manner.

DeskAlerts is an internal communications solution that can assist your large organization in a range of different situations where you need to communicate quickly with a large number of people.

DeskAlerts works by sending messages simultaneously to employees’ desktop screens or to their cellphones or tablets. The messages can’t be skipped or ignored and appear no matter what other software they are using at the time.

Here are five common scenarios where you may need to communicate with everyone at once with a directive, and how DeskAlerts can help.

1. How to organize an office relocation fast and with no stress

Moving house is one of the most stressful things an adult can go through, according to research. It’s bad enough having to relocate just a few family members. When you have to move 500 plus employees to a new location it can be a huge headache.

A DeskAlerts client is a hospital service in the UK. Several years ago they needed to move their employees to a new state-of-the-art building. Communicating in hospitals can be very challenging because staff work across a range of disciplines, in different locations, at different times of the day.

Our client needed to ensure that 600 patients would be transferred safely to the new hospital, as well as 3,500 staff.

When you need to move offices, setting a clear timeline that management and staff can follow is key. That way everyone can know what will be expected of them, and when.

In the case of our client, DeskAlerts was used to send notifications throughout the process so employees were told what was going to happen. For example, when critical systems would be moved.

Even if you’re not in a hospital, moving all your staff to a new location will have lots of logistical stages that you’ll need to communicate, and sending messages to everyone via DeskAlerts will ensure your move runs smoothly.

2. How to prevent numerous calls to the help desk during system outages

When IT systems go down, it can affect your staff and their ability to perform aspects of their jobs.  It’s only natural that they will seek to remedy this as quickly as possible, and their first port of call will usually be to the IT help desk.

Unfortunately when you are in a large organization and the problem is wide-spread, the help desk can quickly become swamped answering calls from numerous people reporting or inquiring about the same issue.

A papermaking company used DeskAlerts to communicate with its employees when its phone systems went down for two hours. Messages were sent to all employees within a minute. The employees were warned that they wouldn’t be able to make or receive calls over that two hour period. This assisted the staff to reorganize their work during the day so that productivity wasn’t impacted, and the IT department wasn’t burdened with calls during that time.

DeskAlerts can help you take the load off the help desk during a known systems issue by sending an alert to all employees advising that there is an issue that is being investigated, who it affects and an estimated time of system restoration.

Further messages can be sent as the situation changes. This will free your IT staff up to work on a solution.

3. How to let everyone know about systems upgrades

Many IT departments rely on emails to let employees know when software systems are going to be offline for an upgrade. Unfortunately, not everyone pays attention to emails that the IT department send out about these upgrades and fail to take important steps needed so the upgrade can be a success.

This can include instructions such as needing people to turn off computers before they go home so upgraded software can be deployed successfully.

Lots of DeskAlerts clients, such as one in the financial services industry, use DeskAlerts to send advance notifications to employees about scheduled systems outages and then follow up with further alerts closer to the time of the planned downtime.

When they previously sent emails about it, the notifications weren’t being read or were being forgotten about. This meant that they lost a lot of time trying to successfully upgrade software across many staff in a large organization. When the company started using DeskAlerts to assist with this process they were able to perform IT updates more quickly by sending messages to everyone’s PCs that got their attention and caused them to act.

4. How to direct employees during an ongoing crisis 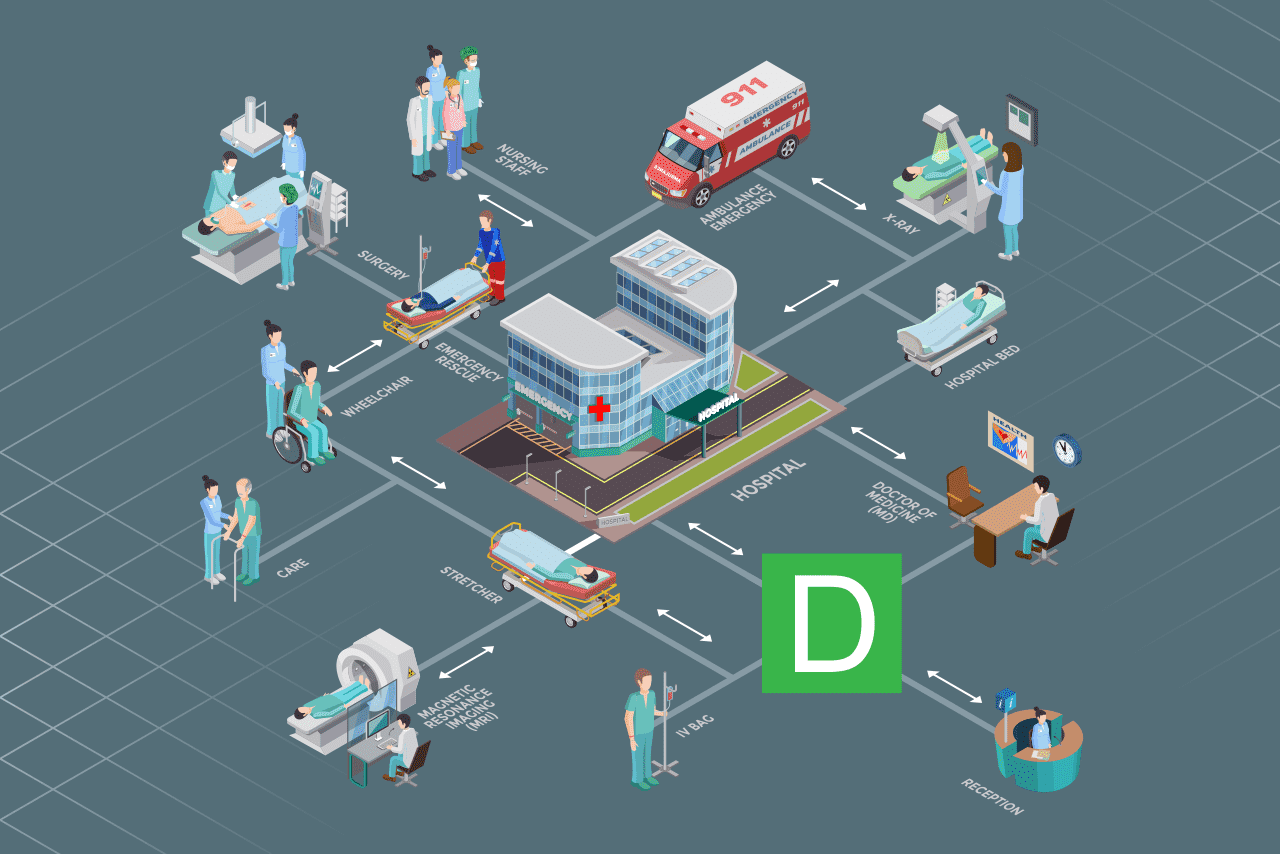 Emergency situations aren’t always just a matter of evacuating staff. Sometimes your organization can be caught up in one in other ways and you’ll need to keep communicating with employees because the situation is unusual.

A DeskAlerts client  - a small Belgian hospital – found itself having to deal with the aftermath of a terrorist attack where there were multiple casualties. All hospitals in the city quickly became overloaded. Our client used DeskAlerts to communicate internally throughout the crisis and to relocate patients, directing the flow of where people would be sent.

DeskAlerts enabled them to give specific and clear instructions to make sure this happened as quickly and efficiently as possible – which entry and exit could be used, how many hospital beds were available and so on.

Everything went well and the experience was considered successful. In fact it was later found that the small hospital with our communications system in place worked more efficiently than the larger hospitals in the city.

5. How to communicate quickly during an emergency situation

When an emergency happens there’s often little or no warning that it is going to take place. Communicating fast can help to save lives and get your employees to safety.

One DeskAlerts client in Washington DC had only finished installing the DeskAlerts system two hours before there was a shooting near their office. They needed to evacuate employees in a calm and orderly manner, and were able to send emergency alert notifications providing clear instructions so everyone could get safely out of the building in only a few minutes. They were able to report great success!