How Mobile Alert Systems Ensure Safety in the Construction Industry

Construction is considered one of the more high-risk industries in the world. The Occupational Safety and Health Administration says one in every 10 workers are injured every year. The Bureau of Labor Statistics adds that 19.5 percent of all workplace deaths came from the construction industry between 2002 and 2012.

One of the risk factors of deaths in the construction industry is inclement weather. Storms and hurricanes can make it unsafe for an employee to work. But the problem is that weather disturbances can strike anytime.

Tornadoes, for instance, can cause damage to any area at any given time. Can you imagine the risks that construction companies take if they don’t have any way to alert their workers in the field about an upcoming weather disturbance? That’s why many construction firms have mobile alert systems in place. 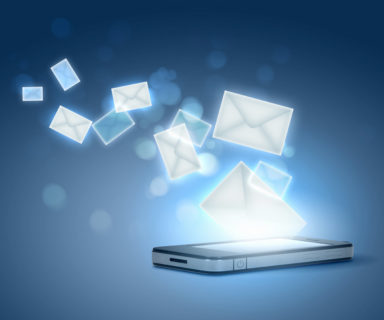 What are mobile alert systems?

Mobile alert systems, or simply mobile alerts, are programs that enable a construction firm to send emergency messages to its workers out in the field. Messages are either in the form of text messages (SMS) or push app notifications. Field workers receive these messages on their mobile phones.

These emergency alerts are often issued by employers to their field workers during inclement weather. Tsunamis, tornadoes, flash flood, hurricanes, typhoon, and windstorm can pose significant threat to lives, thus it is important that workers are informed immediately so they can abandon the work site and find a safer place.

Thus mobile alert systems are an effective and practical way of protecting the lives of construction workers and sparing construction companies from operational and reputational loss.

What are its features?

While mobile alert systems vary in functionalities, some of the more common features of this system include:

1. Group SMS function. This is an important feature in a mobile alerts software particularly during emergency situation. With the group SMS function it is possible for field managers and supervisors to send an emergency alert to all of their workers with just a push of a button.

This feature is very important during emergencies like a tornado heading to the area where the construction site is located. By sending a mobile alert, the employer can give the employees more time to abandon the site and head to safer grounds.

While one can argue that calling workers through cellphones is a better way of communicating an emergency alert, it can be said that this method is time consuming. It can be pretty impossible to call every worker in the field. Asking workers to pass the message around can also be risky, as there is no assurance that they would do so especially in times of emergencies.

That’s why a group SMS function works best in communicating an emergency alert particularly in the construction industry.

2. Tracking of messages. During an emergency situation, it can be difficult for supervisors to determine who among their workers have received or not yet received their emergency alerts.

But this won’t be the case in a mobile alerts program because the software typically can send confirmation receipts to the program manager. Moreover, the administrator of the program can track message delivery down to specific users and devices.

3. Recurrence. But what if some workers have yet to read alerts from their field supervisors? This is where the recurrence feature of the program will come in, as the message will continuously appear as a text or even a push notification.

Mobile alert programs have changed the way people in the construction industry communicate with each other. With the use of this type of software, ensuring the safety of workers during emergencies has become a lot easier.