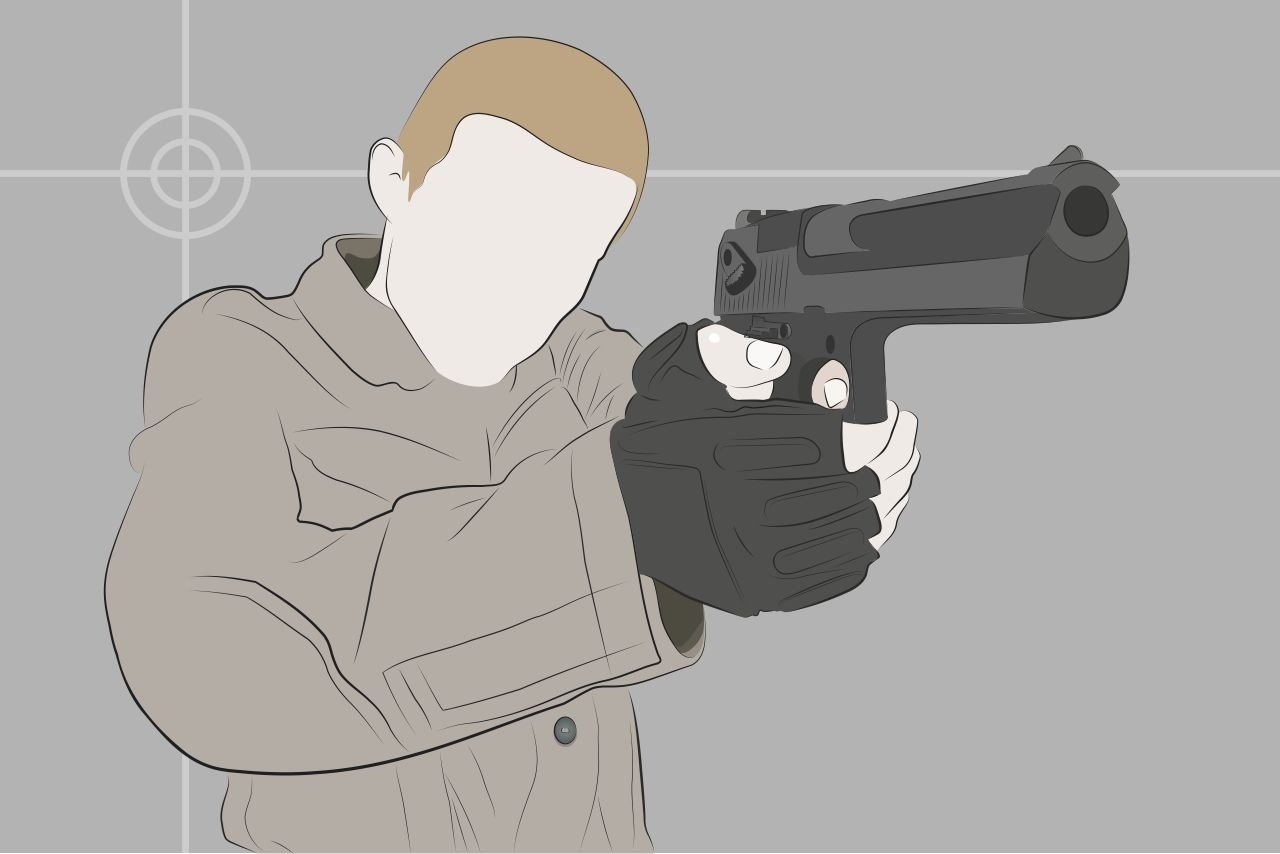 If an active shooter is on the loose, you’ll have a little-to-no warning that they are about to attempt to kill and injure people.

An active shooter is someone who is engaged in killing or attempting to kill others in an area that is either populated or confined. It could be anywhere – a school campus, a busy shopping center, an office building. Often there is no pattern to the selection of victims. Once there are more than four injured or dead in the situation (excluding the shooter) the active shooter is considered a mass shooter.

Unfortunately, it’s hard to predict when and where an active shooter might strike, but statistics show that 45 % take place in businesses, another 25% in schools and 10% in government facilities.

According to the Gun Violence Archive in the United States of America, deaths from mass shootings have increased in 2020 and 2021. Overall gun deaths have also risen over the past two years. It is believed that this is a result of more firearms being purchased during the pandemic.

With statistics like these, you can’t afford to be complacent. What would you do if an active shooter was targeting your business? Do you have appropriate measures in place to alert your employees quickly to an active shooter in the workplace so that they have the best chance of survival?

According to the Department of Homeland Security, having preparedness plans in place and carrying out drills are some of the best ways you can help your employees survive an actual active shooter situation.

Investing in an emergency alert system for business that allows you to send active shooter notification messages to your employees could save lives.

An active shooter alert system can work alongside any other strategies that you put in place to protect employees, such as the “Run. Hide. Fight” program recommended by the Department of Homeland Security aimed at encouraging people to get themselves out of an area where an active shooter is quickly to a place where they are able to alert law enforcement to the situation.

>> Does your company know how to deal with an active shooter? <<

DeskAlerts has designed a solution to help businesses to respond quickly to a crisis such as an active shooter, enabling them to communicate with employees quickly in under a minute so that they can take measures to be safe. 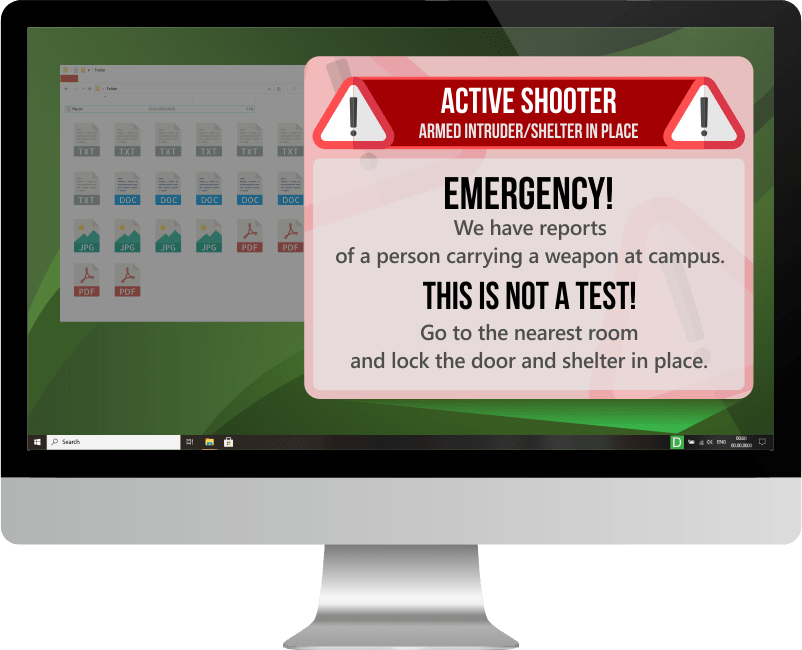 DeskAlerts is an internal communications software solution that works by sending notifications to employees’ desktop screens in a way that can’t be skipped, minimized or ignored. Messages are displayed even if the employees’ computer is locked or on standby or screensaver modes. It is not only an active shooter alert app. It can also be used to alert employees in a variety of other crisis situations.

But when a situation develops so quickly that there isn’t time to log in and compose a message to warn people about danger, or if you aren’t at your desk when an emergency unfolds, there is a feature called a “panic button” which can be accessed either as a shortcut on an administrator’s desktop or via an app on a smartphone or tablet.

The panic button message created in advance gives your employees notice that there is a dangerous situation unfolding and they need to act quickly to get to safety.

An administrator can quickly and easily create a panic button shortcut by composing a customized emergency message template, downloading it to their computer and then using it to send notifications in a split second.

You can communicate with the entire workforce at the touch of a button, reaching as many people as possible inside a minute.

How to use DeskAlerts features in an active shooter situation

DeskAlerts has a range of tools, channels and other features to help you to inform and keep employees safe in an emergency, including an active shooter situation. This includes:

Different industries have different structures and different priorities. What one industry needs in terms of a response plan to an active shooter isn’t necessarily going to be the same for other industries.

2. The corporate and manufacturing sector

How to get an active shooter text alert

Mass notification systems are used by companies and emergency services to let people know about dangerous situations that could impact them. An active shooter situation is just one of the ways this can be used, and it can include companies sending a text alert via SMS to mobile phones on a contact list that they maintain, alerting them to the situation. Emergency services in many countries use a similar system, but instead of sending to a contact list, they are able to send to all cell phones in the range of specific cell towers.

How to alert everyone in your office to an active shooter

You can alert everyone in your office to an active shooter situation by using an active shooter alert system. Different alert systems have different features, but in general, they will quickly send messages to your colleagues’ mobile phones, computer screens and other digital screens in the office to provide critical information about the situation as well as instructions about what to do to keep safe. Communications channels used may include SMS messages, mobile app notifications, pop-up alerts on computer screens, screensavers and digital signage.