Modern workplaces are being held back by one of the tools that was supposed to make it easier to do business when it was introduced: email. 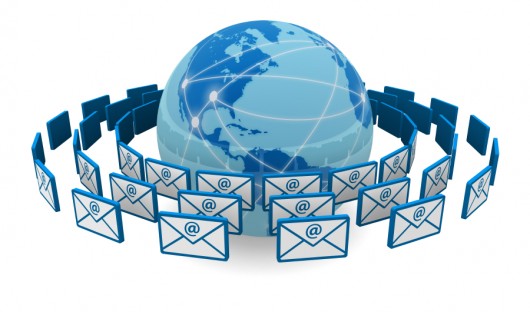 Replacing faxes and memos, emails are now used to send everything from official announcements in companies through to the most banal of messages – and then there’s all the spam. The result is that inboxes are cluttered, and many emails are never even opened.

For many employees, email is a burden and a chore rather than an essential workplace communications tool. They are suffering from “email overload”.

If email is your organization’s primary communication tool, there’s every chance that your employees aren’t being as efficient as they could be. These are some of the reasons why internal email just isn’t effective:

Various studies have shown that the average worker spends anywhere from 28 per cent through to 40 per cent of their work week dealing with internal emails that serve to undermine a company’s productivity and profitability.

If you accept that 40 per cent of time is lost to email, that means for some workers, two entire days in a work week are spent sending and receiving messages.

There are many ways email does the opposite of what it is intended to do. If emails aren’t getting read when they sit in someone’s overloaded inbox, they are hurting communication efforts, not helping it.

Emails also become information silos: while they are very good at creating a record of issues and solutions, that relies on the person who has them to know they are there. When employees leave the company, often their email history goes with them, and a lot of corporate knowledge that isn’t stored somewhere that can be accessed by others.

It is often unnecessary

How many times have you been involved in a seemingly never-ending backwards-and-forwards email conversation with a colleague or a client where you ask or answer questions and clarify what they are trying to communicate?

Not only would it be more productive and take less time to just pick up the phone or have a face-to-face conversation, there’s also less room for miscommunication when you have an actual conversation.

Millennials would prefer not to use it

This significant proportion of the population – those born between 1980 and 2000 – aren’t the fans of email that previous generations were. Research has found that many Millennials don’t even use email outside of the workplace and would rather communicate with their peers or businesses using text messages or social media.

Your organization still needs to communicate with its people. If you have important information to share, you want to be certain that it’s getting through.

Many companies have turned to DeskAlerts as an innovative way to deliver internal communications campaigns to their employees.

DeskAlerts allows you to send messages directly to your employees’ PC screens in the form of a pop-up window that sits over the top of any application or software they are using at the time.

The messages can’t be ignored or skipped, so you can be certain that they’ve been seen – in fact you can see who has seen the messages in real time in the application’s statistics module. Not only can you be assured your important communication has been received, but you won’t be adding to inbox clutter when you send.